When I was 16, and Johnny Depp was literally the coolest guy on the planet, I never could have imagined that a day would come when I’d be sitting at my kitchen table, in the middle of the day, in pyjama bottoms with hummus on them, judging him for being a pathetic loser. But here we are.

Mid-life crises are a funny thing, and I guess they have no respect for celebrity standing, box office appeal or great cheekbones. But for some reason I never thought that Johhny Depp would be THAT fifty year old guy, with the blonde girlfriend, half his age, the embarrassing outfits, and the vast array of mancessories that must make his closet look like the ground floor of Forever 21. 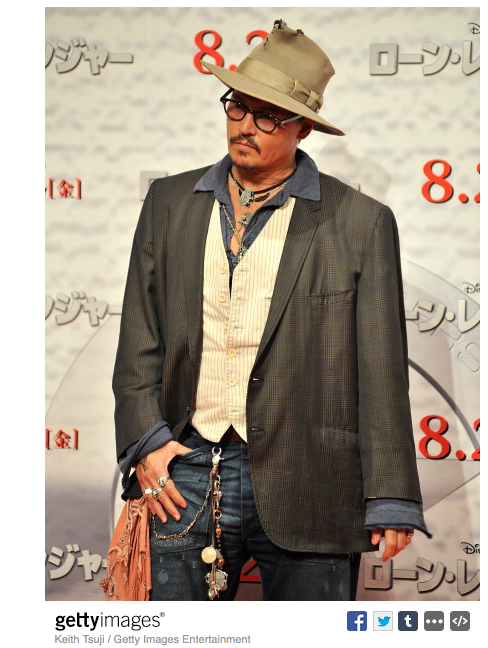 I thought he’d age in a dignified way, maintaining the essence of Johnny, staying intrinsically cool, but accepting that with advancing age comes some responsibility to just… not be an idiot. Kind of like Robert Downey Jr, who was cool in a slightly more manic way, but who has aged into a husband, a father and a mogul, toning down his inner dandy without loosing any of his essential Robert-Downey-Jr-ness.

On Saturday night, Johnny held an engagement party to make it official: he’s taking his mid-life crisis to the next level. He’s marrying Amber Heard. And, in a way, Amber Heard is the most confusing thing about Johnny Depp right now. More perplexing than all the scarves and hats and bits of string and chains and rings and bracelets and charms put together. Because if you put Amber Heard in the context of his significant exs… One of these things is not like the others. 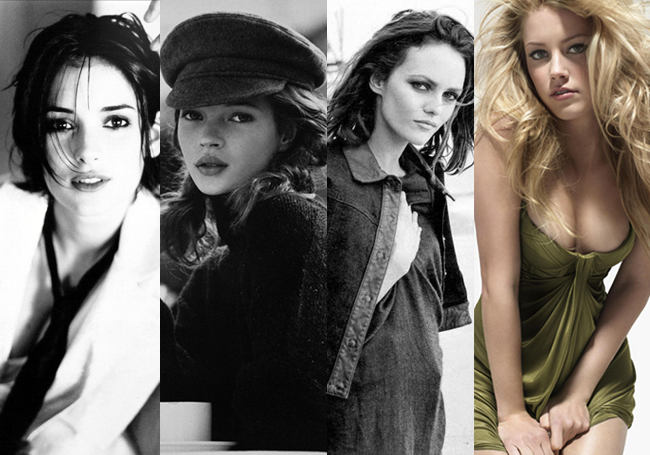 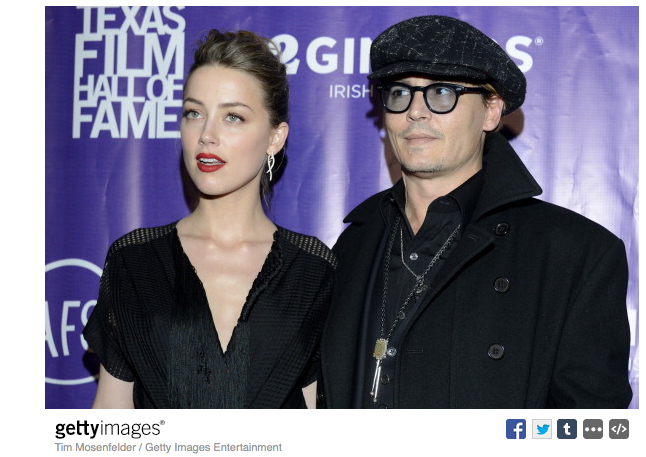 Vanessa can take some solace in knowing that Amber has him on a serious decline, and while she seems determined to use him to boost her profile and her standing in Hollywood, he seems determined to lower his own, ditch his remaining credibility and meet her somewhere in the middle. How many times do you think Johnny Depp has been to the Texas Film Hall of Fame? I’m guessing just the once, to see Amber being inducted, and I’m also guessing that she was honoured more for being Johnny Depp’s fiancée than for her acting career. Just like the cynic in me wondered how in the hell Amber Heard was a presenter at the Golden Globes, until I realised Johnny was presenting too. A favour for a favour. That kind of manoeuvre would have been painfully mainstream for the Johnny of old, but for Old Johnny? That’s a different kettle of fish. 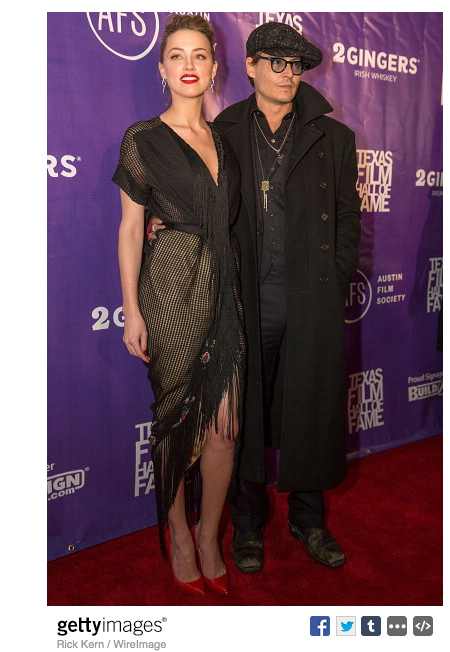 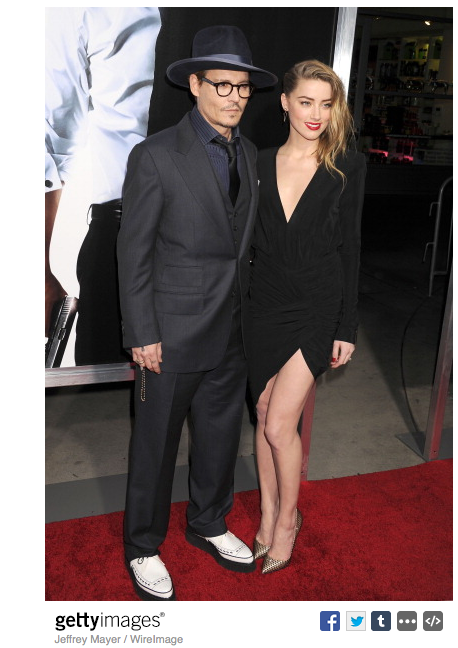 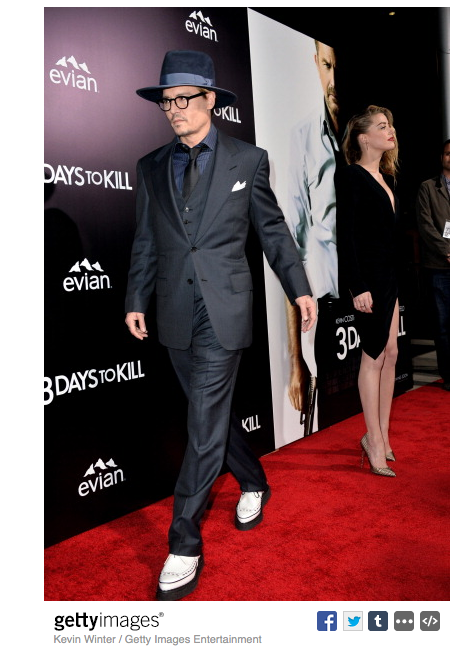 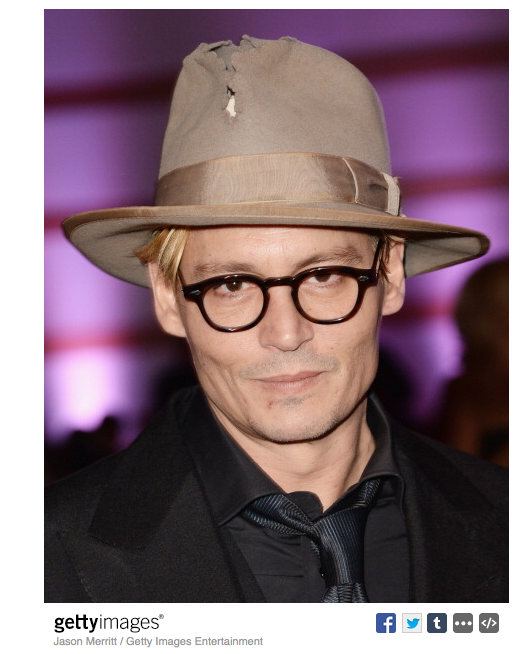 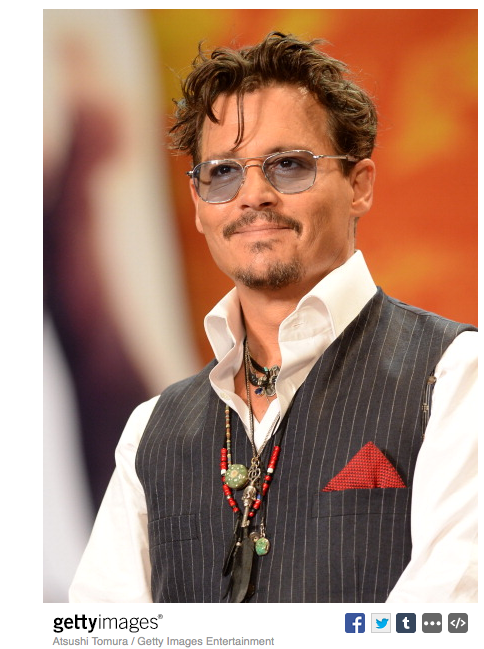