Most celebrity/brand collaborations go with “To Brand, Love Celebrity”, so I’m not sure how much to read into the name of Zooey Deschanel’s collaboration with Tommy Hilfiger. Is she not that pushed? Is the passion not there? Maybe she’s just over the “love” thing in branding (I know I am), or maybe she just wants to keep things semi-formal, lest there be any sort of misunderstanding about how she got the gig?

I can’t say I’m surprised someone finally snapped up Zooey to do a collaboration, after all she is the icon of retro styled, baby-women everywhere, and I say that both as someone who likes her style, and someone who can appreciate why some people find it a little bit twee. What I am surprised about is that the brand she ended up schilling for is Tommy Hilfiger, because… well, frankly I couldn’t tell you what they sell in Tommy Hilfiger, but I know it’s preppy in the extreme, and since I’ve never felt the need to pass myself off as an Ivy League sorority girl, it’s not a brand that resonates with me. Will I pop in to check out Zooey’s collection? Maybe, but I’m allergic to oak paneling and fake books, and only six of the styles will be available in Europe anyway, so probably not.

The collaboration was announced back in January with a little peek of what was to come. Zooey describes it as “modical”, because it’s both nautical in theme and mod inspired (see what she did there?), and Tommy said of the collection:

They are ’60s-inspired short dresses. There is a lot of red, white and blue, but done in a Zooey way with interesting detail and flirty fabrics. They are very Jean Shrimpton and Twiggy – really from the ’60s in London.

which I took to be a subtle hint that the collection might be inspired by the sixties. I could’ve been wrong, but it turns out I wasn’t. 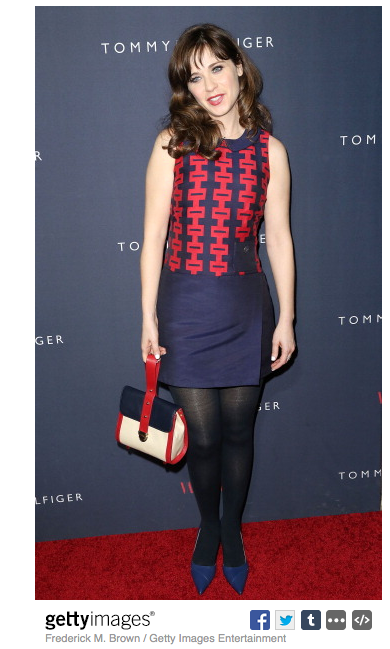 They held a launch party for the collection last night that was lousy with hipsters. Zooey was there, of course, wearing the least cute dress from the collection, based on what I’ve seen of it so far. They’ve clearly been inspired in a very literal way, so there’s nothing subtle about the mod or the nautical influences. This dress is a little too costumey for my liking. I would feel like a 1960’s air hostess in it, which is not a bad thing, per se, but I’m not going to pay $150 for the pleasure. The accessories are cute: chunky, gold enameled bangles and chains with sail boats and anchors (nautical, remember?) and boxy little bags in the brand’s signature colours of navy, red and white (mod, remember?) 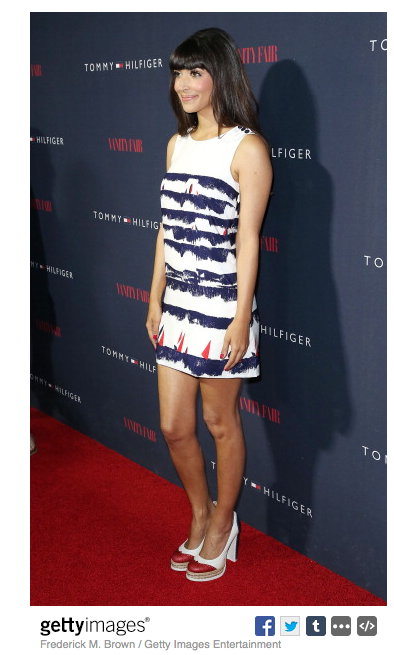 Some of the shoes look nice too, and Zooey’s New Girl co-star (who modeled one of the better dresses at the event, a striped A-Line shift that I probably like because it’s not as overtly sixties inspired as the others) wore a great pair of heeled espadrille/Oxford shoes. Those two words don’t belong in the same sentence, let alone the on same shoe, but bizarrely it works.

Anyway, Jess, Cici, Winston, Schmidt, Tommy boy, and a whole host of randoms wearing Tommy Hilfiger below. And see how I wrote that whole post and never once used the word “designed”? That was intentional. You can see more from the collection here. 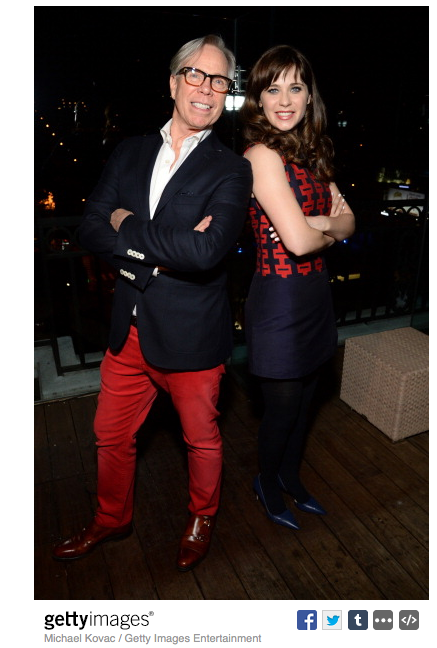 “I’m only giving you ONE cutsey, retro pin-up pose, ok? So make the most of it.” 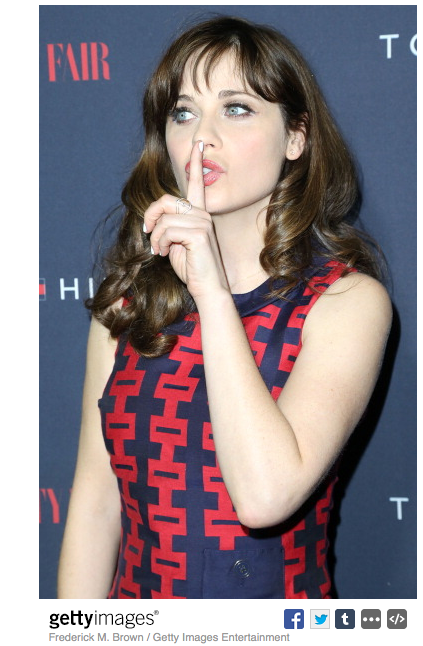 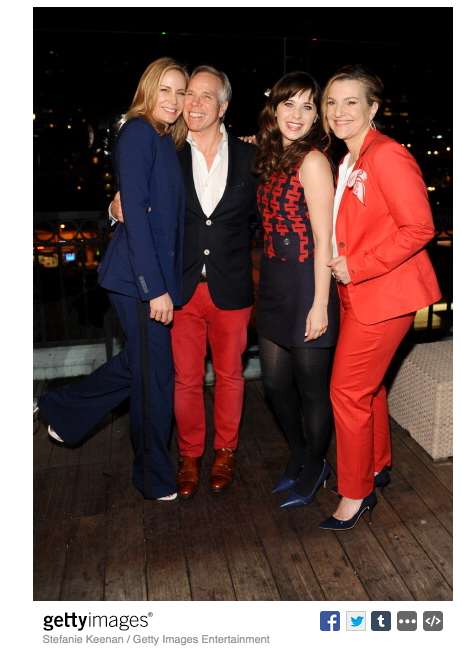 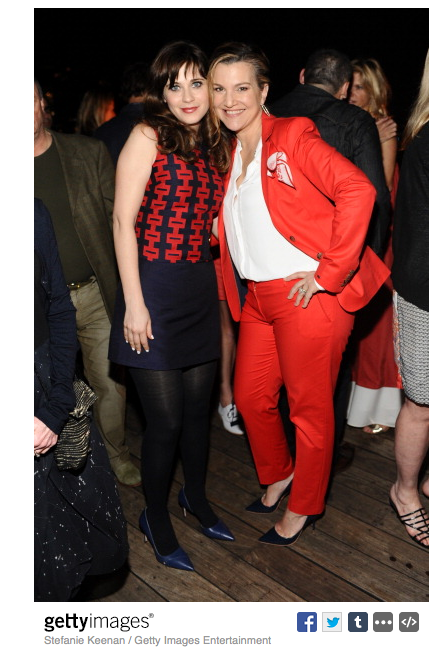 “I don’t feel like my look is very 1960’s London,” whispered Susan Sarandon’s daughter to Cici from New Girl. 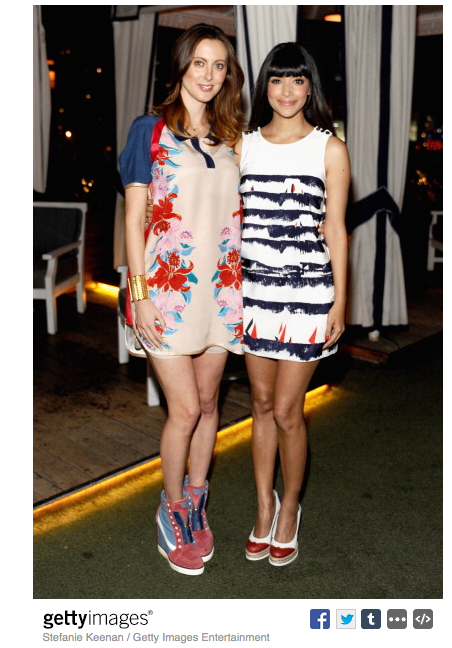 I think the photographer just asked them why New Girl hasn’t been funny since season one. 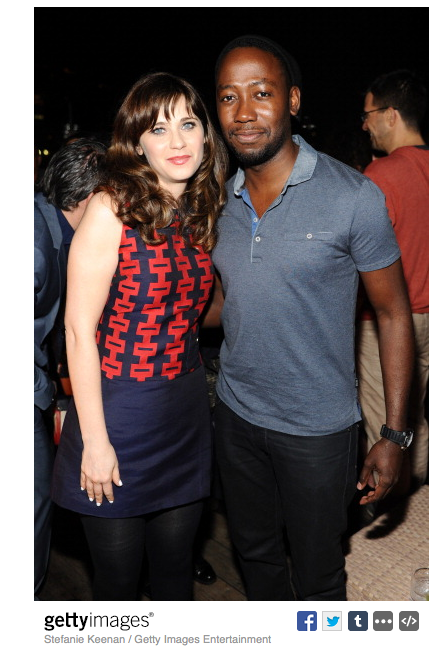 Schmidt did not have an accident, it’s just unfortunate lighting. 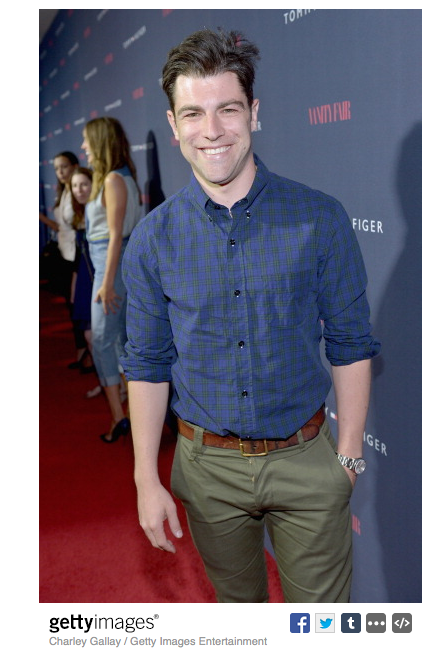 As far as Ally Hilfiger is concerned, being creepy with your dad in public is small price to pay for never having to work a day in your life. 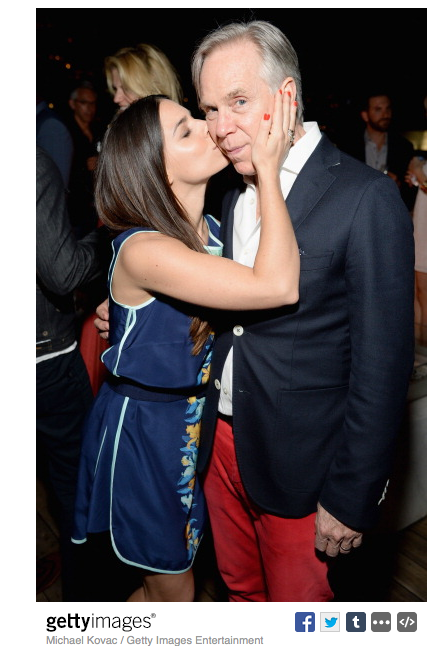 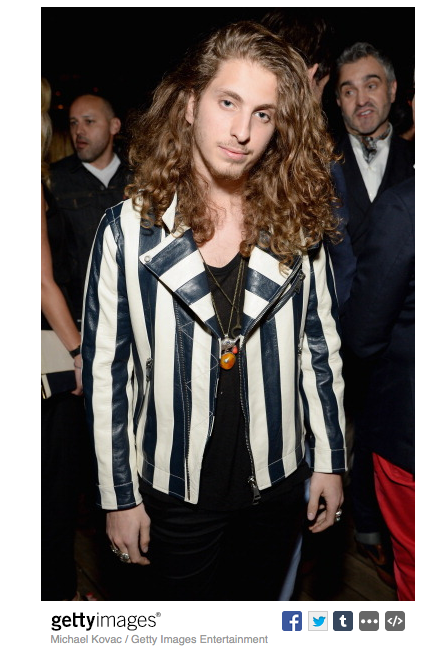 Mmm hmm. You think you hate her now? Wait till you hear her name.
Neon Hitch, everyone. (That’s not a typo) 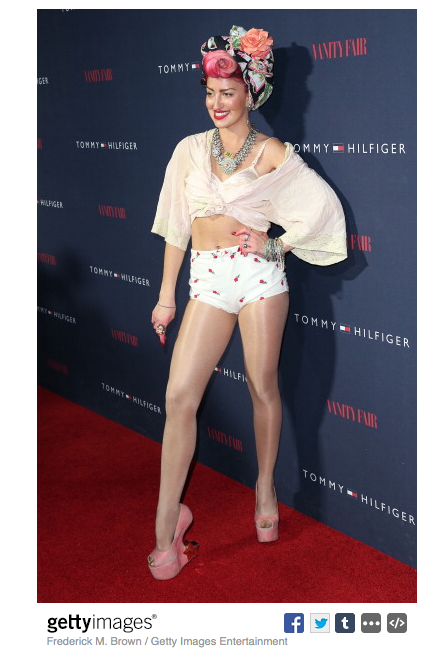 Yep. Not even googling these assholes. 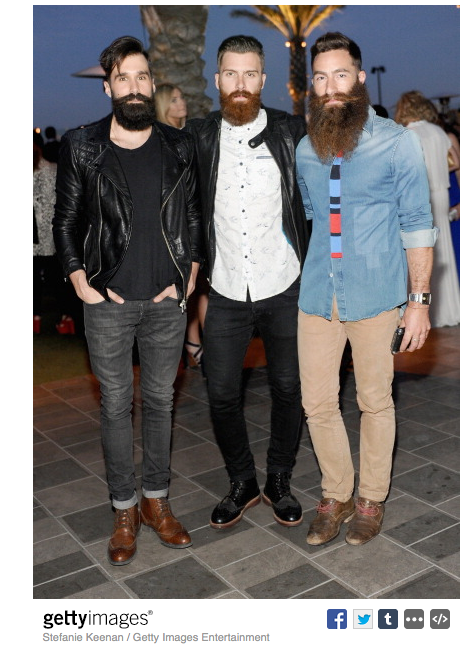 Oh God, there’s so many knobs at this party. 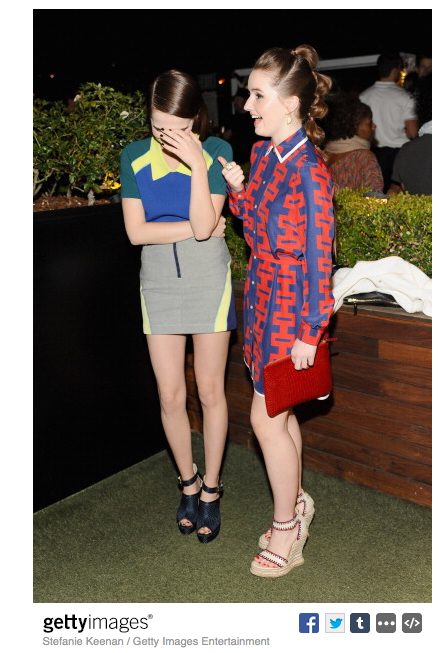 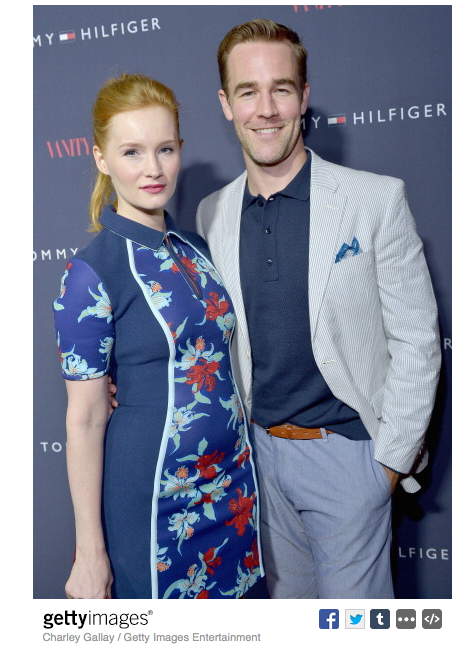 Malin Ackerman wore my favourite dress of the night, sadly not from the collection though 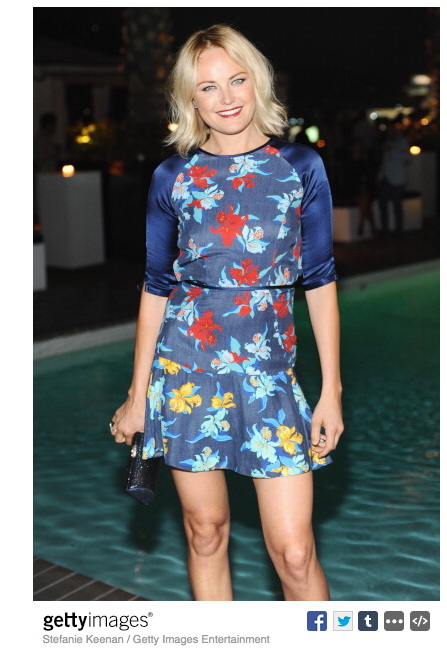