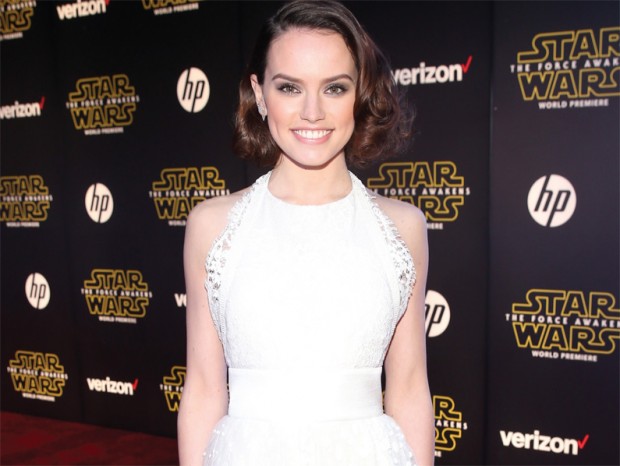 From unknown actress to the face of the biggest movie blockbuster of all time, 2015 was a very strange year for Daisy Ridley. Carolyn Moore on why Hollywood’s new star is a force to be reckoned with.

One of the most impressive stunt sequences in last summer’s blockbusting Avengers: Age of Ultron showed Scarlett Johansson’s Black Widow dropped from the underbelly of a jet in flight, on a motorcycle, onto the streets of Seoul. The bike lands with a thud, and Black Widow adeptly weaves through traffic at speed, fearlessly rushing to Captain America’s aid as he battles with the evil Ultron.

So impressive was it that manufacturers including Hasbro and Lego rushed to make the package available as a toy. The Quinjet was there, the motorcycle was there, but one thing was missing. In the toy version, Black Widow herself had been replaced by Captain America.

While it was certainly the most galling omission of Black Widow/Natasha Romanoff from the movie’s merchandise, it was sadly just the icing on a Black Widow-free Avengers cake. Prompting the hashtag #WheresNatasha to trend on twitter, more and more Avengers fans noted her conspicuous absence from everything from backpacks to pyjamas, and even one of the movie’s stars, Marc Ruffalo, felt compelled to tweet “@marvel We need more #BlackWidow merchandise for my daughters and nieces. Pretty Please.”

And this was not an isolated incident. In the wake of 2014’s Guardians of the Galaxy, the hashtag #WheresGamora was born when Marvel also sidelined Zoe Saldana’s character in their extensive merchandising efforts, working on the assumption that girls are too busy shopping in the princess aisle to be concerned with action figures, and that boys are somehow unable to, or shouldn’t be expected to look up to women as heroes. The talking raccoon they could relate to, but the woman was a stretch too far.

This tokenistic inclusion of lone females in major movie franchises is exposed as exactly that when they are later airbrushed out of the action, and we do a huge disservice to children of both genders when we rob them of opportunities to view female characters as strong, capable and self sufficient, and to represent them in this way when they engage with them in play. 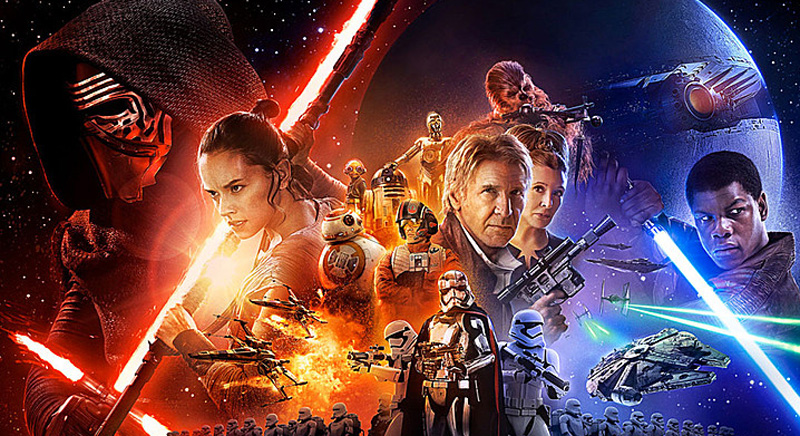 This is why many millions of fists were pumped when Disney finally revealed the official poster for Star Wars: The Force Awakens, and there, front and centre, was the movie’s hero… and the hero was a heroine. It was immediately evident that there would be no sidelining this girl, and though details of the character were shrouded in secrecy, it was obvious that – just as the original trilogy had tracked the journey of Luke Skywalker – this new chapter of Star Wars would tell the story of Rey.

As the lead character in what has undoubtedly been the most anticipated movie release of this century, the role of Rey was the most coveted among young Hollywood actresses since the casting of Katniss Everdeen in The Hunger Games. But while that part went to the then up-and-coming Jennifer Lawrence, Star Wars director J.J. Abrams held open castings for a “twentysomething athletic girl”, determined to cast an unknown in this role of a lifetime.

Enter Daisy Ridley, who had, aged 9, won a scholarship to an elite, fee-paying performing arts school in Hertfordshire, before going to university to study classical civilisation. She dropped out as her acting career began to show promise, but prior to starring in the biggest blockbuster of all time she had just a few bit parts in the likes of Casualty and Mr. Selfridge to her name. But over five auditions, Ridley convinced the producers she was indeed the girl they were looking for, and so began her transformation into the mysterious Rey.

Training five hours a day, five days a week for three months, Daisy began preparing for a role that would place huge demands on her, both physically and emotionally. The experience was “a rollercoaster,” she admitted on the eve of the movie’s release. “I started auditioning over two years ago, and so obviously, within two years, many, many things have happened. I’ve hit every emotion possible!” she laughs.

“Rey’s journey begins in Jakku, and that’s where we began filming,” she reveals, with the desert of Abu Dhabi providing the backdrop for this desolate location. “Abu Dhabi, for me, was a real baptism of fire. I was incredibly nervous, I really was!” But of her transition from nervous newbie to feeling “part of the Star Wars family”, she says “I learned that even though I was terrified a lot of the time, and even though I didn’t know what I was doing, with the right support and the right people around, you can break through boundaries you might put on yourself – restrictions you might think that you have – and do some really cool stuff!”

It’s a realisation that mirrors the experience of Rey, who Ridley describes as “just an ordinary girl in extraordinary circumstances.” “She’s a young girl, very much alone, and she meets Finn, they go on a crazy adventure, and her life reaches unexpected heights,” she smiles, perhaps aware of the obvious parallels.

Like Princess Leia before her, Rey is a character that girls can look up to and admire. “They’re both women trying to make their way in the world, and they’re both pretty kick ass,” she acknowledges, adding “JJ is an incredible writer, especially of females, and to be able to play a part like that was amazing. I think Rey is wonderful, so if people look up to her then I’m very happy with that.”

While she loved playing a strong, heroic female character, Ridley “also enjoyed that she’s not just those things.” “Rey is kind of a simple young woman and she just gets swept into this incredible journey. To play a role that was so nuanced, and such an emotional role, was thrilling, because it wasn’t what I expected. I don’t think it’s what people are going to be expecting either, and that’s incredibly exciting.” 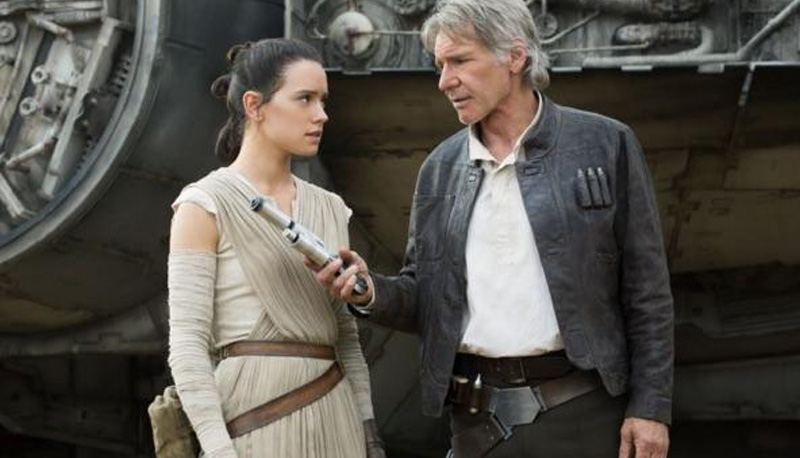 As the story unfolds – filled with the refreshingly familiar spirit, thrill-a-minute pace, and throwaway wit of the original trilogy, after three disappointingly joyless prequels – what emerges is a fantastically fun, emotionally engaging, family friendly film. Not one for dad to take the boys to, mind, but a film for the whole family, with a central female character who is more than just a cog in a machine or a competent team player in the fight against the dark side. Strong, confident, capable, and supremely self-reliant, Rey is everything we should teach our girls to be and everything we should teach our boys to respect.

So what does Daisy hope girls will take away from The Force Awakens? “I would love firstly for girls to enjoy it as a whole, and secondly, from Rey, I hope they feel uplifted, and hopeful, and perhaps see themselves in her, somewhere.” And with every box office record now smashed into oblivion; fans overjoyed by the movie; and critics almost universally heaping praise on all involved, Ridley can at last afford to take a deep breath and reflect on the experience. “I’ve had the most incredible time, I’ve met the most incredible people, and I am very, very happy,” she beams.