I Cannes-t With These Dresses: Marchesa at Cannes 2014 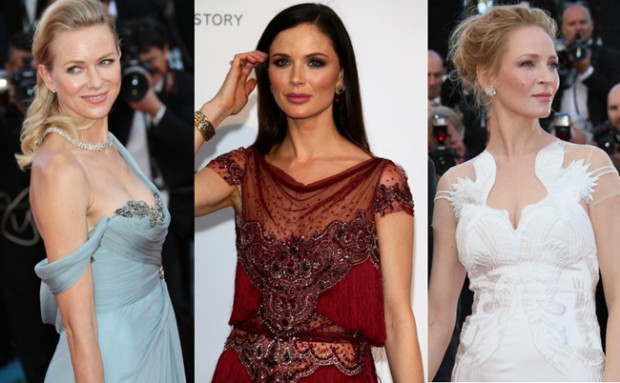 If you missed my favourite looks from Cannes you can catch up on that post here. It was disappointingly lean pickings on the great dress front, and the photocalls, which happen during the day and therefore call for a slightly more casual approach, actually delivered better fashion than the red carpets. Maybe I’m biased because I gravitate towards a more casual approach, so the day looks (like Mia Wasikowska’s Valentino dress) kill me because I can actually picture myself wearing them. You know, if I had a grand or two to drop on a day dress and occasionally left my house.

So with a few exceptions, the red carpet really didn’t deliver this year. Maybe there were just too many randomers and not enough A-Listers, because even though Cannes is supposed to be a proper film industry event – securing funding to get stuff made, getting distribution in place for completed projects, and getting massive amounts of publicity for upcoming releases – somewhere along the way business took a backseat to the two week parade of fashion, celebrity and hype that it’s become known for. 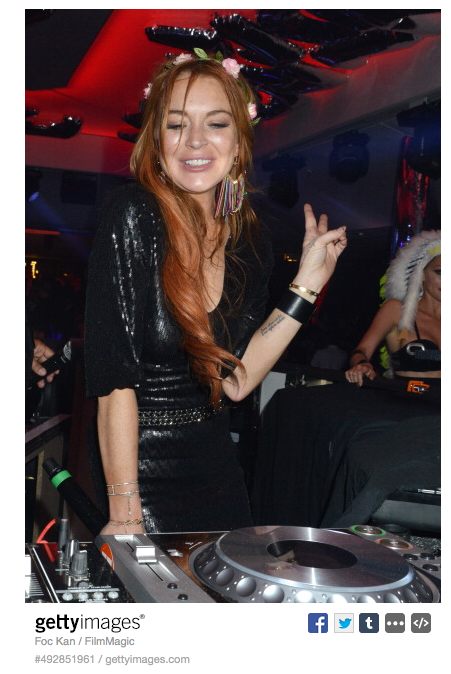 And where there is press and hype and the promise of publicity, there will be brands trying to turn it into a marketing opportunity (hello Magnum, your ad is not a movie), using minor celebrities who really have no business being there. So you have an opening night where the red carpet is swarmed, not with stars who are there to promote their films, but with stars who are representing L’Oreal. And while Cate Blanchett is somewhere in town lending her gravitas to an exclusive charity event, Lindsay Lohan is being paid to DJ and keep men company on their boats, and Justin Bieber is walking around with his shirt off using “swag” as a verb. 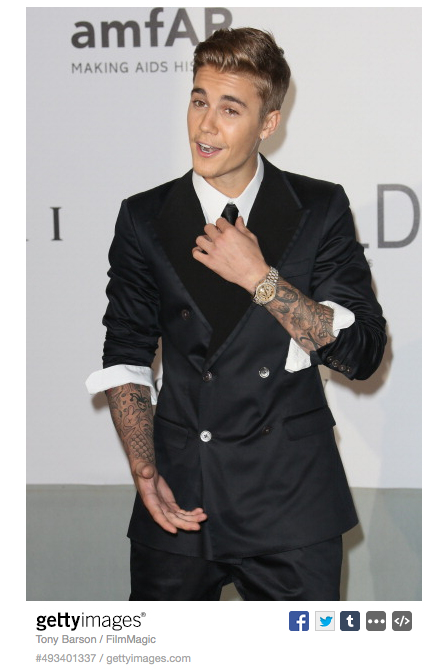 And too many of those types leads to a glut of bad fashion. In the fashion/celebrity hierarchy, the top tier celebs get offered the very best dresses, and from the B-List down, they really have to take what they’re offered, which generally means they’re not getting a sniff of a Chanel or an Armani or a Tom Ford (ask Hayden Panettiere). At that level you have to make do with the lesser brands, who need you as much as you need them. It’s a dynamic that, for me, makes the fashion game endlessly fascinating to watch, because you can chart the rise (and fall – see Lohan, Lindsay) of an actress by who’s willing to dress her, and labels can be made overnight if they get the right thing on the right person. 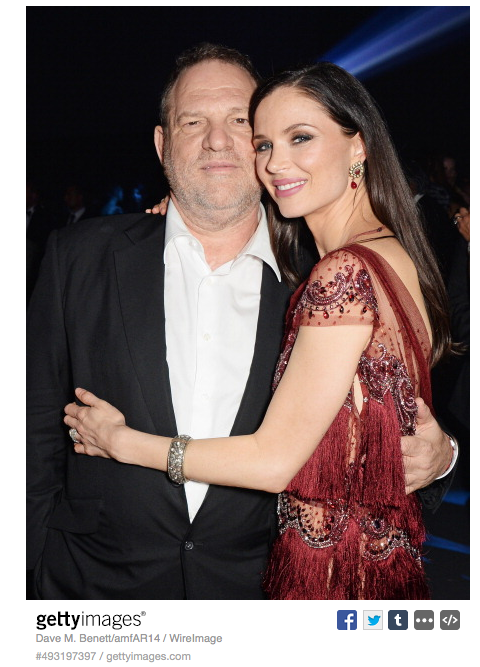 Now, Georgina and Harvey Weinstein don’t exactly look like the perfect match, and if stories about him are true she’s not with him for his charming personality. So if you’re wondering what she does see in him, stop for a moment to consider the benefits to an up and coming designer of being married to one of the most powerful producers in Hollywood. That’s a lot of access to a lot of young starlets who would do anything (and I mean anything) to get in Harvey’s good graces, and once they’re there they’ll do anything – including wearing his wife’s ugly dresses – to stay there. And God are his wife’s dresses ugly… 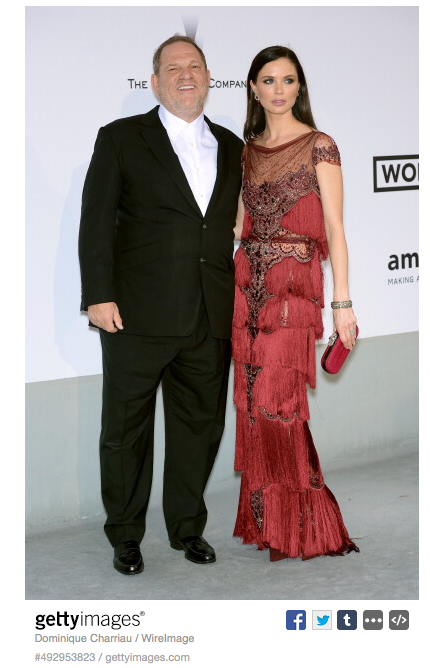 This is a real beauty and the beast scenario, and no, I’m not being cruel, I’m talking about Chapman and her dress, which is the perfect embodiment of everything that’s wrong with Marchesa. It doesn’t know what it is! It’s just a random assortment of elements thrown together to create something that they think is “fancy”. Fringing! Oh that’s fancy, put fringing on! Tiers, they’re fancy, make it tiered. Jewels! So fancy, stick some jewels on. And it’s all just WAY too much. And their designs don’t just fail to make sense in the context of their individual dresses, they fail to make sense in the context of their brand. Witness four Marchesa dresses at the Met Gala and tell me how they originated from the same creative point of view. 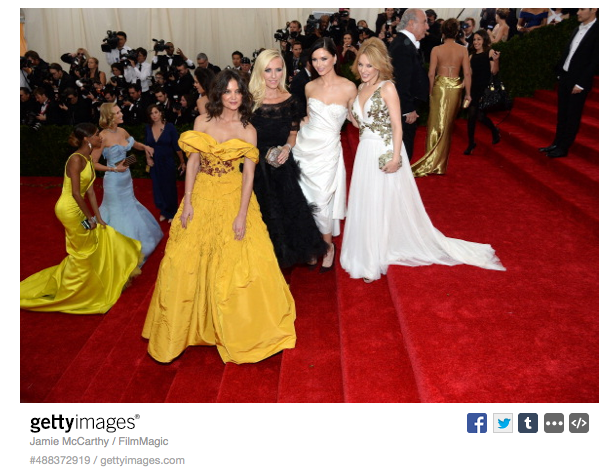 There is no cohesive vision, and nine out of ten times you can ID a Marchesa dress, not because of how ugly it is in a uniquely “Marchesa” way, not because you recognise the “Marchesa” aesthetic (or lack thereof), but just because you can pick out the absolute butt-ugliest dress there and go “I bet that’s a Marchesa”. And it probably will be. 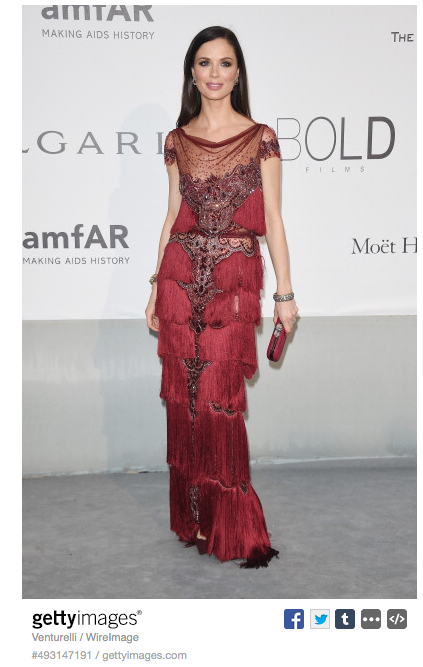 But when your husband is shaping the careers of every bright young thing in Hollywood, and you’re willing to overlook the couch in his office, suddenly your shitty label becomes the first rung on the ladder to legitimate fashion girl status. Blake Lively used to wear a lot of Marchesa a few years ago. These days, not so much. And that’s fine, and it’s understandable to an extent because every one needs a leg up, and Cannes red carpets are always lousy with Marchesa because there’s so many wannabes there, but it really makes me question the world as I know it when something like this happens… 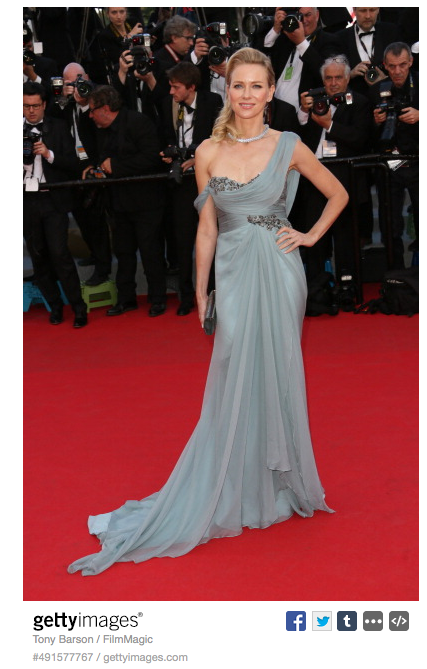 Naomi Watts is SO MANY RUNGS ABOVE MARCHESA that it hurts me to even look at this. And if you’re thinking “well, it’s not the worst Marchesa I’ve ever seen”, fine, I’ll admit it, I was thinking that too. And that’s because, so far as I can figure out, it was designed by someone who won a Prudential competition, and it was made by Marchesa, but it’s being credited to them. I don’t get it either. And maybe part of the prize was that it would be worn by an actual celebrity and maybe Naomi Watts hasn’t lost her mind but in fact is just being kind to the contest winner. 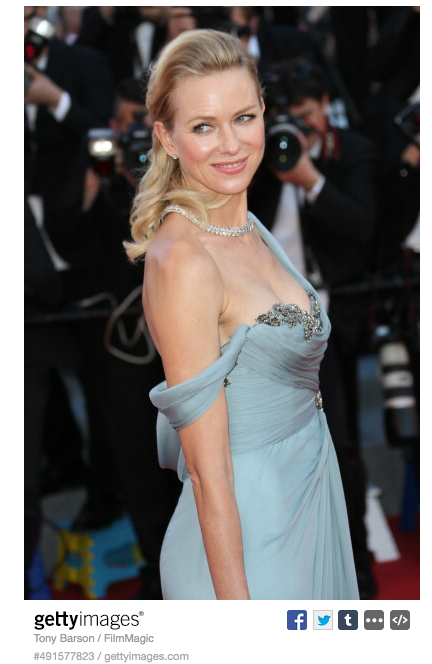 Who knows, but she has done and she can do better than this. Naomi is one of the few that Tom Ford deems worthy of representing him at a big event, and working your way back down the ladder from Tom Ford is an unusual manoeuvre, to say the least.

I’m less invested in the fashion game of Uma Thurman, but I’m equally appalled by this… 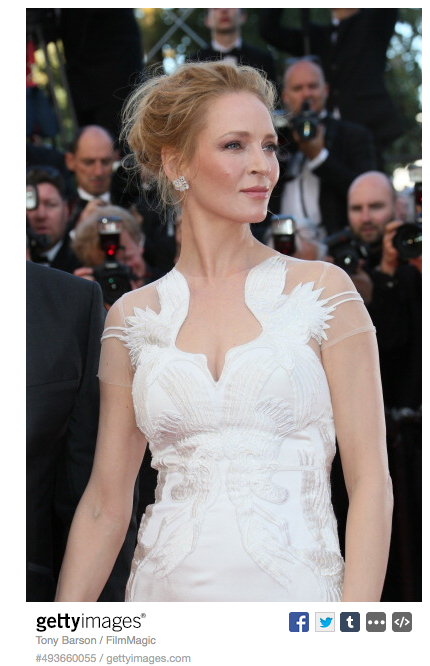 But extremely intrigued by this… 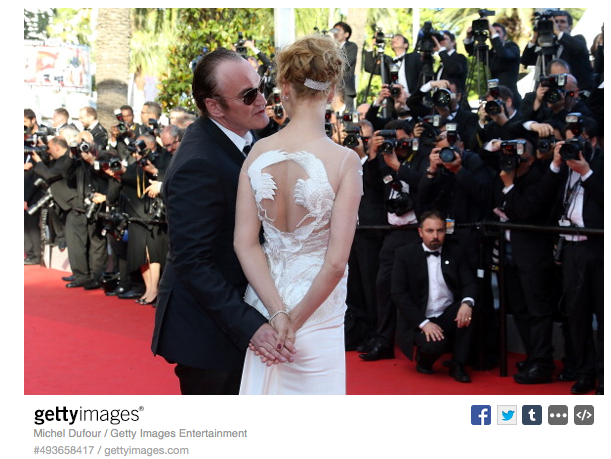 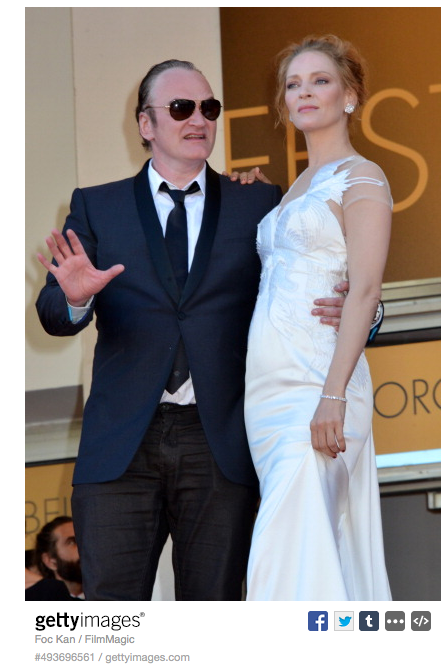 My instinct is to feel squicky about it because, eh, let’s be honest, there’s something squicky about him. But she’s been his muse for a long time, and he’s given her some of her best and most iconic work. Maybe being with him will remind her that she’s Uma fucking Thurman, and she belongs at the bottom of nobody’s ladder. If he pushes her back up where she belongs and she leaves the Marchesa to the lesser beings, that’ll be a-ok by me.

2
The Kimye Irish Honeymoon: Thanks for the LOLs!
Weekend Wrap-up: The Stories of the Week, with Kimye, One Direction, Brangelina and more...