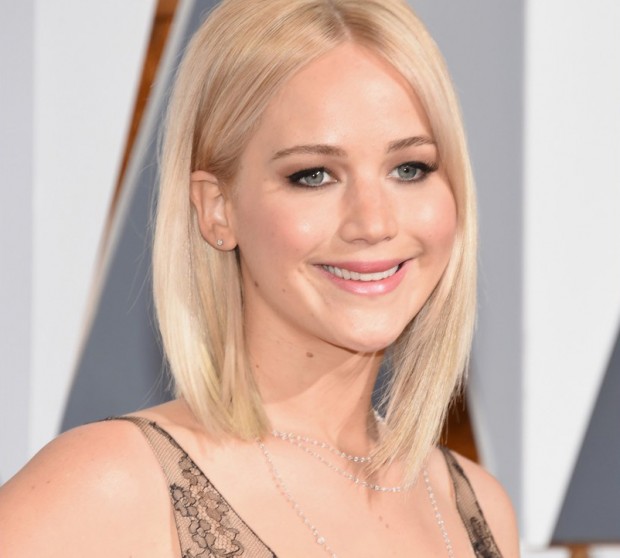 It was the question on everyone’s lips on Sunday night as the red carpet coverage drew to a close and we had yet to lay eyes on Oscars’ most memeable star. Had she had a fashion emergency? A burst zip or a hem come down? Had she burnt her face with her hair straightener? Had she tripped and fallen under the wheels of her own limo? Was she doing shots somewhere with Amy Schumer, oblivious to the fact that it was Sunday? What hilarious viral-video-in-the-making story would she be regaling Ryan Seacrest with on the red carpet this year?

Well, the dull but correct answer seems to be that she was consciously avoiding the limelight, which she continued to do for the rest of the night. The 88th Academy Awards will go down in history as “The ones where Jennifer Lawrence did nothing”, and if I was her (or her publicist) that would have been my strategic approach too. We’re beyond peak JLaw and it’s refreshing to see that she’s smart enough to know that and savvy enough to row back on the memeable escapades. She arrived after everyone else had moved inside to take their seats, rushed down the red carpet with David O Russell on her arm, posed for a few quick shots against the photo wall, and revealed that, in fact, Raf Simons and Rachel Zoe were never the problem.

Waaaaaay back in 2014, in one of my first ever posts on The Dress Down, I revealed that my fashion wish was for Jennifer Lawrence to ditch Rachel Zoe and get out of her contract with Dior, because neither one (Zoe, nor Raf Simons at Dior) seemed to know what to do with her. Cut to 2016: Raf has quit Dior (Boo! For all his red carpet shortcomings, I adored what he did with Dior), and Jennifer has quit Rachel (Yay! Everyone should quit Rachel… Oh wait, I think almost everyone has!) — or rather Rachel’s two senior stylists, Jill Lincoln and Jordan Johnson have quit Rachel, and they’ve taken Jennifer with them.

The results of this transition have been mixed, with some highs, some lows, and a whole lot of snooze in between, but the common denominator remains Dior, and the fact that, years into her brand ambassadorship, they still have no idea what to do with this girl. They vacillate wildly between anonymous slip dresses, signature Dior structured pieces, strong tailoring, and there’s nary a common thread to be found. I’ve made the point before that when Marion Cotillard wears Dior — even if conceptually the pieces are coming from very different places — there’s an intrinsic Diorness that ties them together. You look at her and you know it’s Dior. You look at Lawrence and you know it’s Dior because… well, it’s probably Dior. 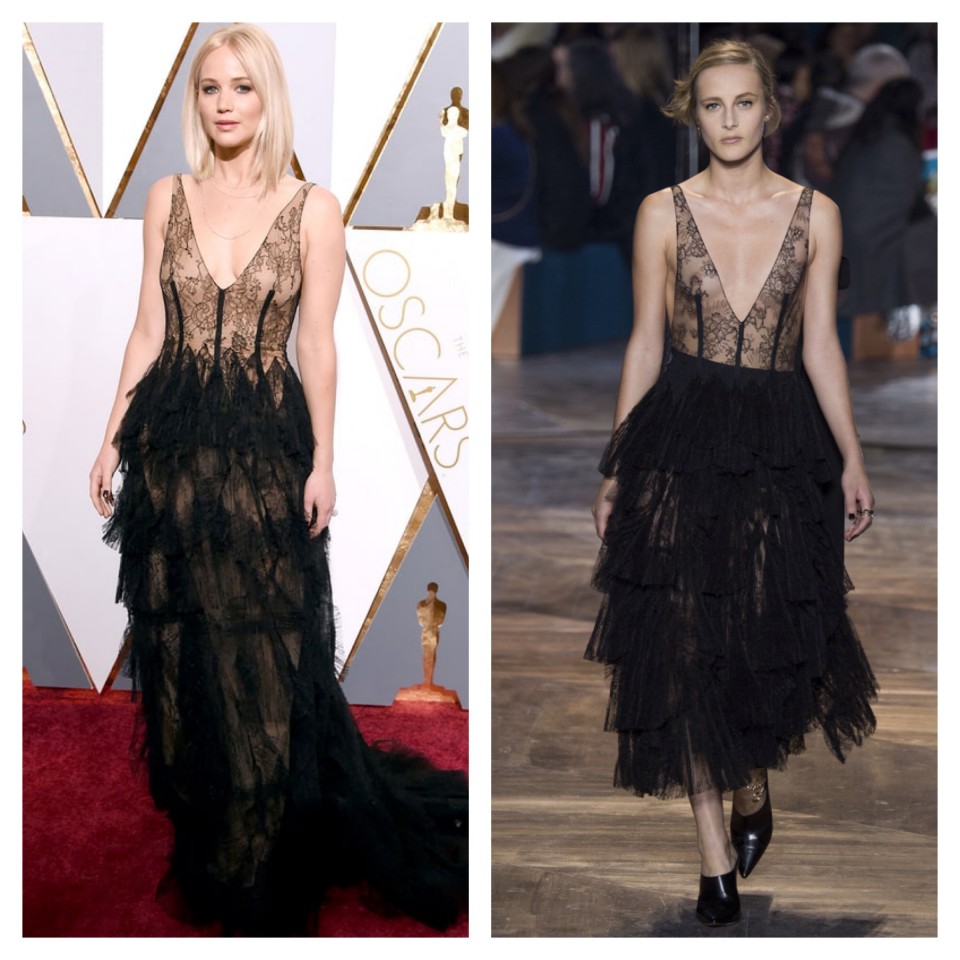 Case in point, this dress. It’s custom-ish, having been adapted from a style Dior showed in January at their first couture show sans-creative director. It wasn’t one of my favourites from that show, and I think they’ve disimproved it by making the skirt more sheer and graduating the bodice into the ruffles, so it’s also not one of my favourites from the Oscars. For me it calls to mind Mr Tumnus. Not a great style reference. He was probably not on their mood board. Her hair’s great, but that’s really all I can say about this. When it comes to Dior and JLaw, their relationship status remains: It’s complicated. Either something of Dior’s personality keeps getting lost in translation, or Jennifer Lawrence (who has revealed in the past that she has no real interest in fashion) is simply too much of a blank canvas.

Whereas Marion brings her Marion-ness to everything she wears and manages to make even the craziest things look magical, Jennifer really has not established her fashion persona. Jill and Jordan, so far, are not helping her do that. As blank canvasses go she certainly brings a lot to the table, but perhaps we’re not destined to see real red carpet magic from her until she’s ready to throw a bit more of herself into the mix.