So. Here we have it… The list that counts. The 2015 Oscar Nominations have just been announced, and for some the campaign trail has just screeched to a grinding halt. After all her hard work, Jennifer Aniston did not manage to get a golden ticket, and what many had predicted would be her spot on the list went to Marion Cotillard instead. With Julianne Moore almost a dead cert to win, Aniston was really just hustling for a place at the table, and you have to consider what a gratifying moment that would have been for her since Angelina Jolie’s Unbroken failed to live up to expectations that it might get some Oscar glory. She’s been robbed of more than just the recognition of her peers here.

Felicity Jones – The Theory of Everything

Still, from a fashion perspective that means we have one more interesting dress choice to look forward to on the red carpet, and one less black beaded sheath to lament over. Let’s all start praying to the fashion gods that Marion’s Dior is less of this:

And more of this:

It also leaves Dior in a pickle where Felicity Jones is concerned. She’s worn several Diors through awards season – and I suspect was well on her way to becoming a bona fide Dior girl – so I’m wondering if they were hedging their bets on Marion and making sure they’d have a nominee to dress if Marion didn’t make it? And now what? Will they dress two Best Actress nominees? Will the nominees agree to that? Their loyalty will be to Marion if it comes down to it, but all that effort, building that relationship, and now someone else gets Felicity on the night that counts! Bummer for them, and actually for us, because they work a lot better with her than they do with Jennifer Lawrence.

And what of the men? After picking up some late momentum for Nightcrawler, Jake Gyllenhaal didn’t make the cut either.

Eddie Redmayne – The Theory of Everything

For me the big surprise here is Bradley Cooper. Keaton, Cumberbatch and Redmayne were a lock in this category – with Keaton the definite favourite – and Steve Carrell was likely but could have been edged out to make room for Gyllenhaal or Selma’s David Oyelowo.

And speaking of Selma, initial reactions seem to indicate the most egregious omission is Ava DuVernay in the Best Director category, though her Oprah produced civil rights movie did make the cut amongst the eight nominees for Best Picture.

As of yet I’ve only seen two films in that category, and Selma’s not out here yet so I can’t really offer an opinion, except to say that if you Google “2015 Oscar Nominations” right now you’ll be greeted with a bunch of headlines that read “Selma Snubbed”, but if you switch out Bennet Miller with Clint Eastwood, this list practically mirrors the Director’s Guild nominations that came out on Tuesday and are often a good indication of which way the academy are leaning, so I’m not sure this list is a huge surprise.

My first response to the Best Picture list was a straightforward “Oh great, now I have to see The Grand Budapest Hotel“, because I feel I should see all the Best Picture nominees, even if I’ve already seen Boyhood and that’s surely now the one to beat?

The Theory of Everything

And my secondary thought was if there weren’t eight nominees in this category I wonder if American Sniper would be in there? Never underestimate the power of Clint Eastwood, because where the Academy is concerned nobody appreciates the work of old, white men like more old, white men. But from what I’ve read the film has some issues centring on the portrayal of the main character – namely that they’ve whitewashed some horrible behaviour in favour of portraying him more heroically. I kind of wish now that I’d gone to the press screening of this last week, because it holds no appeal for me and I more than likely will not pay to see it, though I might catch it on Netflix in two years.

Laura Dern’s nomination for Best Supporting actress was met with cheers, and was the big surprise in that category, which Patricia Arquette will likely win.

Meryl Streep – Into the Woods

There were no such surprises in Best Supporting Actor, with a list that replicates the nominations from both the Golden Globes and the Screen Actor’s Guild.

The biggest WTF moment of the nominations for me, personally, is The Lego Movie not making it onto the list of Best Animation, because, well… just WTF?? 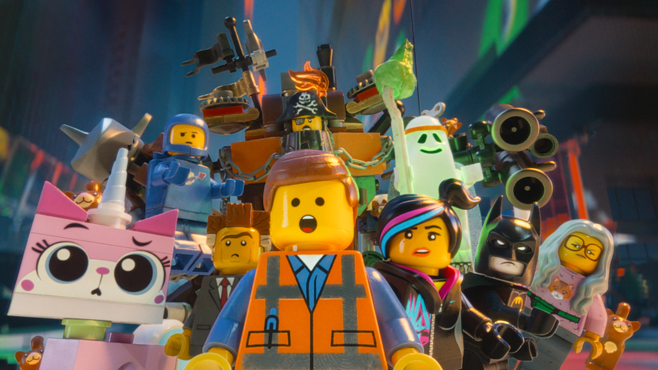 Right?? I mean, full disclosure, I have not seen Big Hero 6, The Boxtrolls, How to Train Your Dragon 2, Song of the Sea or The Tale of Princess Kaguya, but I do count The Lego Movie among my top five movie movies of 2014 so even though I’m in no position to comment on it, I nonetheless feel justified in declaring that particular omission nothing short of an outrage! I’m delighted to see that an Irish film made it in there (Song of the Sea) but I am feeling irrationally bitter about this one, I might as well tell you.

*Update* One of the directors of The Lego Movie is taking it way better than me:

It's okay. Made my own! pic.twitter.com/kgyu1GRHGR

Anyway, that rounds up all the categories that anyone really cares about, and the countdown to the 2015 Oscars on February 22nd starts here! Scroll down for the full list of nominations below, and if you share my anger and outrage over The Great Lego Movie Snub of 2015, you may offer emotional support in the comments or send me a basket of muffins. (Go with the muffins.)

Anthony McCarten – The Theory of Everything

Salt of the Earth

Everything is Awesome – The Lego Movie

Grateful – Beyond the Lights

Best Make up and Hair

Elizabeth Yianni-Georgiou and David White – Guardians of the Galaxy

Gary Yershon – The Theory of Everything

Dennis Gassner and Anna Pinnock – Into the Woods

Joe Letteri, Dan Lemmon, Daniel Barrett and Erik Winquist – Dawn of the Planet of the Apes

Colleen Atwood – Into the Woods

Me and My Moulton

4
Golden Globes 2015: Red Carpet Reds
2015 Critics' Choice Awards: The One Where The Stylists Were On Strike